Here's my list of things I want...in my dreams.

The new MacBook. My little iBook G4 has been chugging along the past few years; but I'm ready for an update. 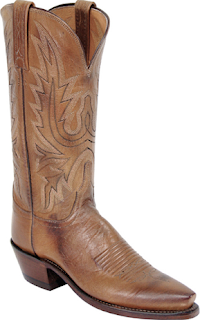 These beaut's are Lucchese 1883's. I love Lucchese, because they are the same quality and hand-crafted as the Old Gringo's; but these are made in America.

Do I REALLY need to explain this one?! I love MAC cosmetics. But, they are a little pricey! So, I make myself ration my purchases....

I've been so busy the past few weeks, I've totally neglected my blog!! Sorry. :)

Where to start...the Yankees won the World Series! WOO HOO!! I know in my previous post I was wearing an Angels hat, but I've since burned it and changed my loyalty to the Yankees. There may or may not have been conflict within my household that influenced me. Haha.

I've had a few different friends in and out of the LA area recently, and one whom I haven't seen in almost a YEAR! My dear friend Adam was in town rehearsing for his upcoming cruise. Yep, he's a cruise ship singer, and a very talented one at that! You can check out his music on myspace.com/adambastien. 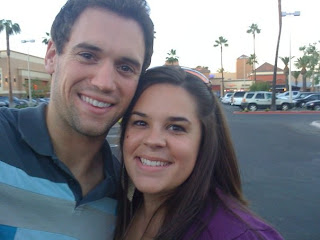 Halloween was a BLAST! My small group had a fabulous party, and everyone dressed up! I was a pirate...a slightly thrown together pirate. I think it turned out well. My favorite was my friend Mel, she was the "Life of the Party". Complete with lampshade on her head! How incredibly AWESOME is that? Props to her for being so original. 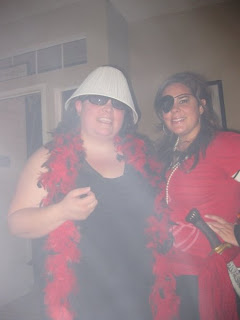 Mel and I
I flew home for a week to see my youngest brother graduate from Army Basic Training! I was a proud sister, tears were free flowing. He's away in Maryland at the moment finishing his AIT. I don't know what AIT stands for...I just know that's what he is doing. I'm excited to spend time with him at Christmas when he and his wife join us in Gatlinburg. I'm still not used to the fact that he is married! Ahh! Where does the time go?? 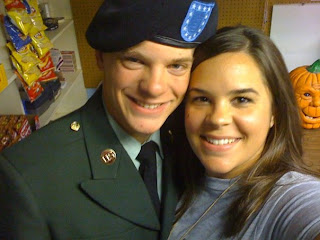 So proud of him! My brother Sam, the Soldier. 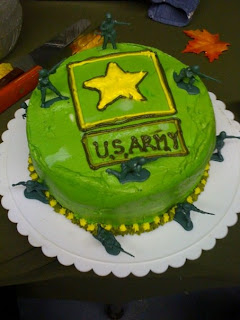 The cake I made Sam
I've taken a few trips into LA over the past weeks, and my confidence is growing. Yes, I admit it. I'm terrified of the city. I didn't grow up around any large city; so living in one is intimidating to me. I avoid it at all costs. Ashley and I spent the day in LA with Preston, who was in town with his band Seabird, playing a show. Check out myspace.com/seabird to hear their awesome music! We took the Metro and went everywhere we possibly could! It was a busy, busy, busy day, but totally worth it. We ate at a sketchy Taco Truck in Compton (hey, we had real deal Latinos with us, we trusted them!), got lost in Compton, ate breakfast in Compton...best part? We didn't even know we were IN Compton. Woops! 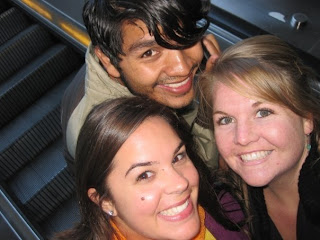 Manny, Ashley and I at the Metro Station

The best part of this blog today will chronicling my trip with KATIE!! Yes ladies and gents, my best friend returned for another West Coast vacation! I was sooooo glad to have her visit, meet my new friends, see new sights, etc etc. We had a BLAST! I had to work during the week, so we braved the crowds and took the munchkins to IKEA. What a day! We spent entirely too much money, and watched as the kiddos slowly melted down. We were all sacked that day; I can't imagine being a real deal mama! Thursday we took the kids to Irvine Park and had a blast! Rode the train, fed the ducks (J was drawn to the peacocks...), and had an overall GREAT time. 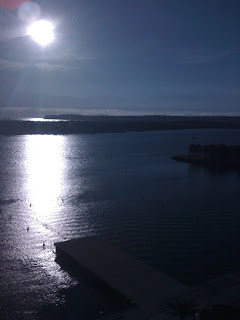 View from our room!
Friday Katie and I headed out early to San Diego, to catch a show of our beloved fellow Nashvillian, Mat Kearney. We stayed at a ridiculous hotel, the Hilton BayFront.We went into the Gas lamp District for some great food and fabulous shopping. We ended up spending some of our Friday night in the Hotel's bar area, it was SO beautiful, complete with Bay views and a awesome fire pit. The fact that a Marine Corps Ball was going on had no impact in our decision. :) Well, maybe a little bit. :) We did meet a very nice Marine, who took notice of Katie ;). We spent most of our evening hanging out with him and his friends, watching them do what they do. 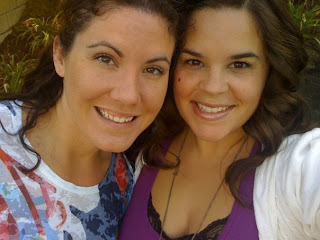 Katie and I
Saturday we took our time shopping, we didn't want to leave San Diego! A quick stop at a little dive called LaHaina's a friend told us about, and we headed home. We had just enough time to make a quick change, then we were off to the Irvine Spectrum for dinner with the above mentioned Marine. I absolutely love the Spectrum! It's an outdoor shopping area that is just too cute. I could spend entirely too much time there. 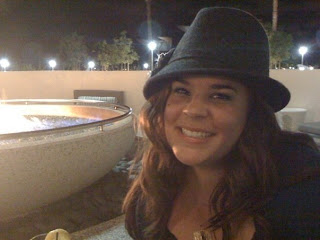 Lovin' the fire pit at the hotel!
Sunday was a day for relaxing...so that's what we did. After church, we went to Duke's on the Beach to watch the Titans take on (and DEFEAT) the 49'ers. What a great game! I was glad that a Titan game was airing on Pacific Time, was watching on the beach with my best friend. Who could ask for more?!

We were up and at em' early early EARLY on Monday for Katie to catch her 6a flight. Shew! Rough getting up that early. But, all the fun adventures we had the days before more than made up for it. I can't wait for the next time she visits!!